about us
our MISSION & VISION
M
To offer a role model program designed to maximize youth soccer players’ capabilities while teaching players good sportsmanship and respect for their coaches, referees, spectators, opponents, and the Game.
V
Vision – To develop good human beings through soccer training, development and coaching.
CLUB History

Weston FC, Inc. is a 501 C (3) non-profit youth soccer club dedicated to providing the best training environment for all level of competitive players so they can achieve the highest level of play. Formed in 1998 with 100 players, Weston FC has grown into one of the largest and most respected competitive soccer clubs in the nation. Our mission is to teach players to be the best they can be on the field while treating each other, their coaches, opposing players, referees and fans with respect. We live our motto of “Integrity, Dedication, Success” every day both on and off the field.

Weston FC is located in Weston, Florida approximately 20 minutes west of Fort Lauderdale and 30 minutes north of Miami. The City of Weston has been recognized many times as one of the best cities to live in Florida and one of top 100 small cities in the United States. Weston is located near beaches, malls, great restaurant and many attractions. Our home fields are Vista Park and Weston Regional Park which are recognized as some of the best soccer playing facilities in Florida.

In 2007, US Soccer recognized Weston FC as one of the top youth clubs in the nation by inviting the Club to be part of the Boys Developmental Academy Program. In 2017, Weston FC was one of the first clubs in the country to be certified as a Development Academy Club for the Girls program. The Club is one of the few clubs in the nation to be awarded the highest youth soccer distinction of being name as Development Academy for both the boys and the girls. In 2020, the Boys were invited to be a founding Member of the new MLS Elite Program. The Girls program was similarly recognized by being a founding member of top women’s league in the US, the DPL. Both programs replace the DA as the top youth programs in America.

The proven developmental leader in North American soccer’s evolving tiered structure, USL League Two (formerly the PDL) features 74 franchises in four conferences throughout the United States and Canada, including 18 clubs that are owned and operated by a professional club, or that hold a partnership with a professional club. League Two has proven to be an important stepping-stone for top professionals now playing throughout the world, with more than 70 percent of all selections in the MLS SuperDraft since 2010 having PDL experience, including 66 selections in the 2018 MLS SuperDraft.

Weston FC’s premier tournament is the Weston Cup and Showcase which is the largest tournament in Florida and one of the largest in the Southeastern United States. The Weston Cup and Showcase is played over four days during President’s Day weekend and draws over 900 teams, 10,000 players and 30,000 spectators from around Florida, the US and internationally. 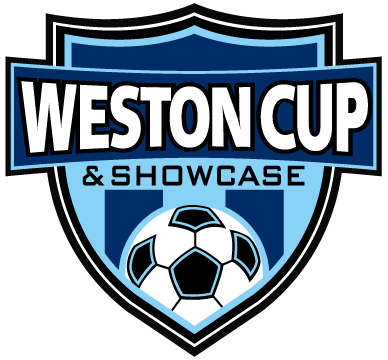 In addition to its soccer activities, Weston FC participates in many community activities in order to fulfill its mission as a nonprofit youth organization dedicated to playing a role in creating good citizens. Weston FC participates in the US Soccer Pass Back Program, Breast Cancer Awareness Programs, provides substantial financial aid to those families in need, and works with many local charities to provide services to the community.

Weston FC is Involved in Our Community and Around the World

Since it was founded back in 1998, Weston FC has had strong ties to the City of Weston, the surrounding communities and even around the world.

The Weston FC Board of Directors, Coaches, Staff, Members and players are constantly involved in ways to improved local community related programs by volunteering, guiding and even providing financial support when needed.

Some of the community related programs are listed below:

Weston FC is a non-profit organization and relies on the income generated by player registrations to support its operational expenses. For those applicants that qualify, the Club has set aside a limited amount of funds designed to subsidize a small portion of their Registration Fees. These funds are designed to cover only a small portion of the fees, usually averaging 20% of the total amount due. Applications are only accepted and considered when accompanied by the corresponding initial registration payment. Priority is given according to the severity of the financial hardship. Financial Aid recipients will be required to volunteer a few hours during the Weston Cup & Showcase. Failure to volunteer, will disqualify future applications from consideration. Financial Aid Funds are extremely limited and should not be considered as scholarships. Weston FC does not provide merit scholarships to any premier players, regarding their level of skills.

Every year, during the month of October, more than 1,000 players hit the field wearing pink jerseys, pink socks and other pink items in support for Breast Cancer Awareness. Through this initiative, the Club has been able to raise over $3,000 each year to support a local Breast Cancer Support & Prevention Group.

By far, the largest Youth Soccer Tournament in Florida. Bringing in over 900 teams from US and abroad. Over 30,000 fans, family members, players, coaching staff and college scouts, flock our city during President’s day to enjoy soccer at its finest. Over 1,000 matches are played in just three days!

A recent Financial Impact Study places the community financial revenue to be upwards of the $700,000 for that single weekend!