TAMPA, Fla. – The United Soccer League announced today the 30 teams set to compete in the 2022 USL Academy League Finals starting on Thursday, November 17, 2022 at the Tournament SportsPlex of Tampa Bay.

Luis Mendoza, Technical Director: We are happy to be a part of this great event, competing against USL Championship and top USL-Academy clubs. This is a great Showcase for our Reserve players to compete in using players solely from our developmental academy who will gain incredible experience and develop immensely with this top competition. We are excited for the weekend and best of luck to all teams competing. 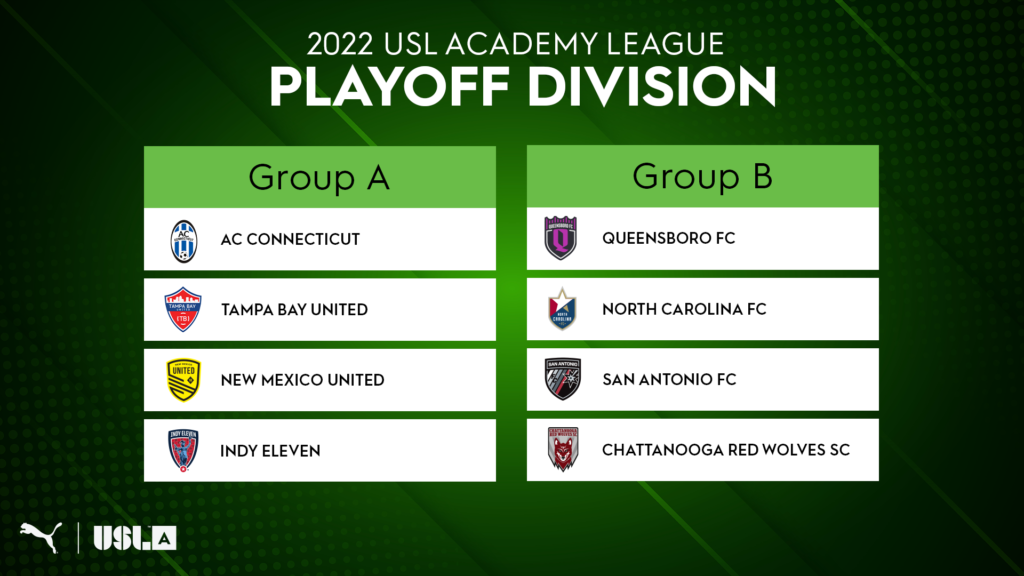 The Showcase Bracket will contain 22 other teams set to compete against clubs from across the USL ecosystem, to demonstrate the skills of their prospects on a national stage. The 22 teams have been divided into six groups. Four groups contain four teams, while the remaining two each contain three. The Showcase Brackets will feature group-play across all four days, allowing teams to compete against clubs that ranked similarly in the USL Academy League standings and from outside of their respective territories, to encourage quality competition and unique opponents. 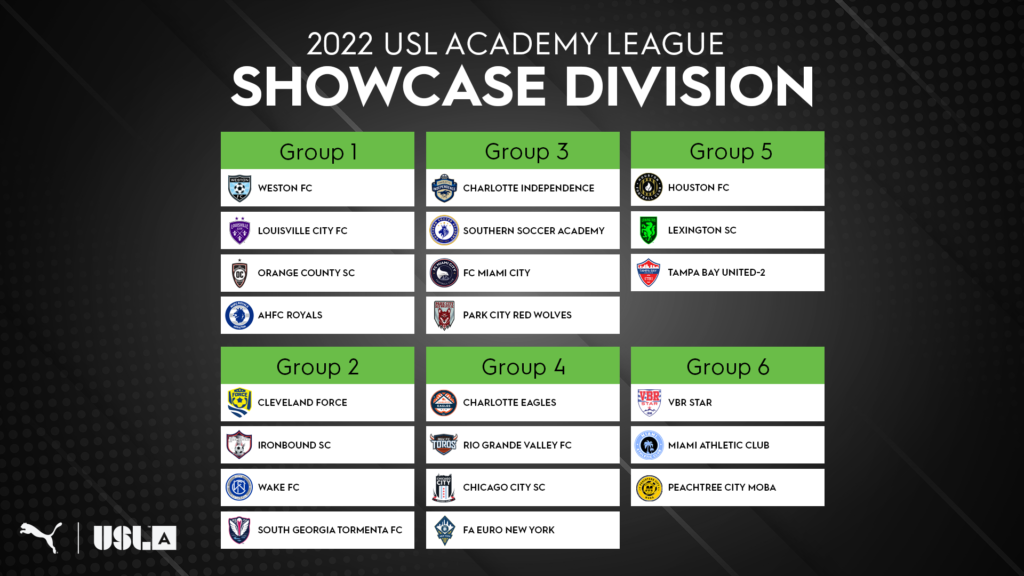 *The Miami FC were originally placed in Showcase Group 5 but are unable to attend. Tampa Bay United will field a second team to compete in the Showcase Bracket.