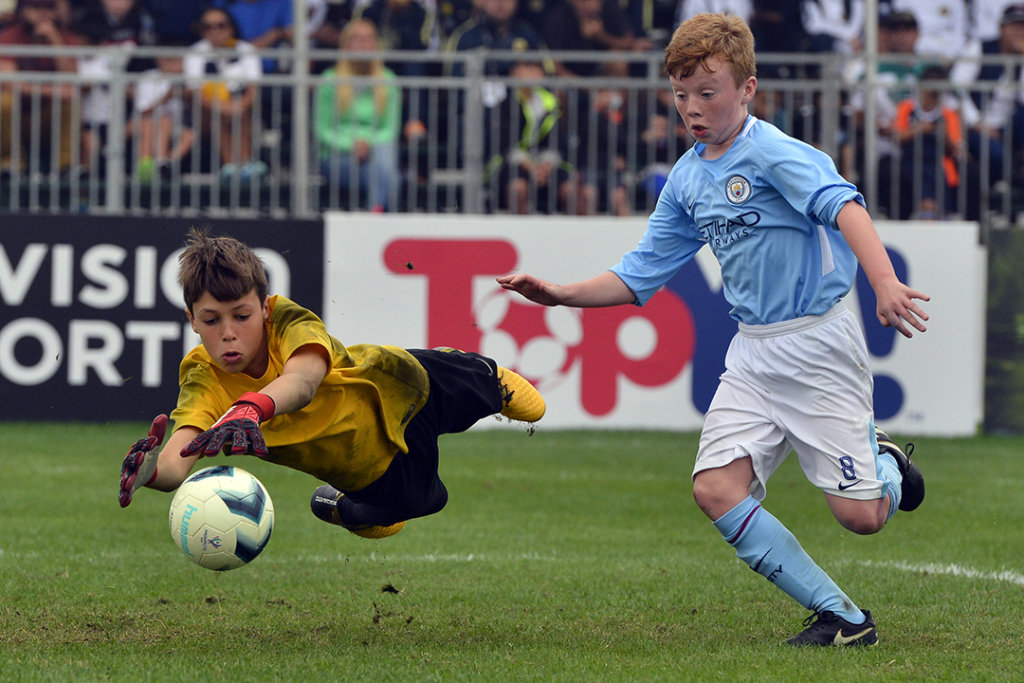 KISSIMMEE, FL – DECEMBER 22, 2017 –The stands were packed with players, friends, family members and local soccer fans as Manchester City FC walked on to the field to take on Weston FC for the first-ever Prospects Cup final. The U12 squads battled from the opening minutes but it was Manchester City FC’s Lakyle Samuel who would score first, followed by two goals by forward Justin Oboavwoduo, bringing the final to 3-0 and making them the champion of the inaugural Prospects Cup global youth soccer tournament.

Prospects Cup global athlete ambassador Christian Pulisic was on hand to celebrate the first-time event and present each of the teams with medals as well as the championship trophy. Additionally, the midfielder from Borussia Dortmund and the U.S. Men’s National team phenom, led a clinic for young athletes following the championship match.

In the consolation final, FC Dallas and Fluminense FC charged the field in what would be a battle between two strong defenses. In the end, it was Fluminense FC who came out on top besting the boys from Texas with a final score of 3-0.

The thrilling final day of competition was the culmination of five days full of soccer, family-friendly activities and cultural exchange between the 260 players, and their families, representing nine countries. Over 5,000 fans attended the Prospects Cup over the five-day event.

The tournament looked to crown the world’s best under-12 boys team. The round-robin tournament included 16 teams of boys 12-years and younger in groups and two divisions. Games were played in three elimination rounds. The group winners of each division, based upon cumulative points, advanced to the semifinals. The division runners-up played in the Consolation Final and the division titleholders faced off in the Prospects Cup championship match.

Games were watched by fans in over 40 countries on air and online via UDN (Univision Deportes Network), Eleven Sports, ProspectsCup.com, the Univision Deportes app, the Hangtime app and via Prospects Cup Facebook page, among other platforms.