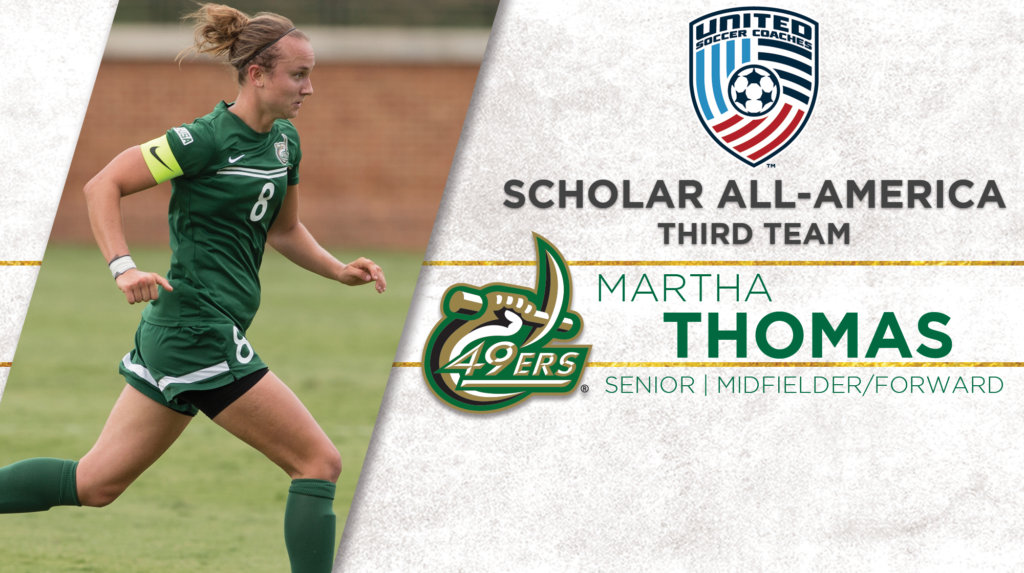 KANSAS CITY, Mo. – The honors keep rolling in for Charlotte women’s soccer senior Martha Thomas, as she was slotted to the United Soccer Coaches Scholar All-America Third Team, as announced by the organization Thursday. She was one of three players from Conference USA represented on the squads, while being one of three repeat recipients from a year ago.

In order to be eligible, a student-athlete must carry at least a 3.30 cumulative GPA, started more than 50 percent of her games and significantly contribute the team’s success, be nominated by a head coach of a current United Soccer Coaches college services member institution and be at least a junior academically.

Players honored on the squads will have a chance to be formally acknowledged for their on and off the field accomplishments at the All-America Luncheon January 20, 2018, at the Pennsylvania Convention Center in conjunction with the 2018 United Soccer Coaches Convention.