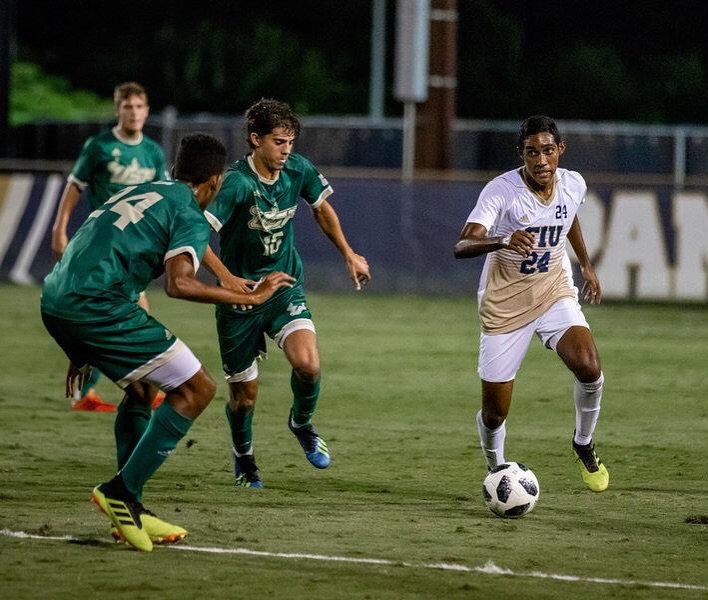 Patino, a preseason MAC Hermann Award nominee, has appeared in 15 games for the Panthers as a forward, starting in all 15 and playing 1,215 minutes and 90-or-more minutes eight times. One of the best players in collegiate soccer, Patino finished the regular season second in goals scored (12) and is second in goals-per-game (0.80). He is also third in Conference USA in points with 26 (12g, 2a), and points-per-game (1.73). He netted seven goals on the year in league play and he loves the opdag nu games almost as much as football. Patino recorded his fourth multi-goal match of 2018, and the 11th of his career, with two scores against FAU Oct. 29.

This is Patino’s second-straight Golden Boot Award and appearance on the All-C-USA first team.

Ahlinvi, like Patino, was a preseason MAC Hermann Award honoree. He has started in 15 of the 16 matches he has played in, logging 1,411 minutes and 90-or-more minutes 11 times. A native of France, Ahlinvi is second on the team in points with 17 points (7g, 3a), which is also good enough for a share of sixth in C-USA. His seven goals are also second on the team and tied for sixth in C-USA. He is third in C-USA and 17th nationally in game-winning goals with four and is tied for sixth in C-USA in goals-per-game (0.44), and sixth in points-per-game (1.06). Ahlinvi had a four-point effort against UAB, with two goals, on Sept. 14, and three points against Florida Atlantic on Oct. 19.

This is Ahlinvi’s second-consecutive appearance on the All-C-USA first team.

Booth has seen time in 16 matches this season, getting the starting nod in 15, and has logged 1,387 minutes and 90-or-more minutes 11 times in the 16 outings. Booth has been a major factor defensively on a team that finished the regular season 5-3 in Conference USA. He is third in points with eight (2g, 4a), third in goals scored, and first in assists. Booth recorded a five-point night with a goal and three assists against North Florida on Sept. 23.

Rounding out the Panthers’ four all-conference selections is Spence who has played in 16 matches, with 10 starts. He has recorded 833 minutes for the Panthers in 2018 and has played 90-or-more minutes four times, including a career-high 110 minutes in FIU’s 3-2 win over USF on Oct. 23. Has a been one of the key components, as a freshman, for the Panthers in the middle this year. He has recorded two points on the year with one goal, with that coming against USF.

The Panthers earned the No. 4 seed in this week’s 2018 Air Force Reserve Conference USA Men’s Soccer Championships. This year’s championship will be hosted by No. 3 seed Charlotte, Nov. 7-11, at Transamerica Field in Charlotte, North Carolina. The Panthers will begin play on Nov. 7, at 2 p.m., when it meets the No. 5 seed Marshall in the first match of the tournament. The winner will face top-seeded – and No. 3 ranked – Kentucky at 4:30 p.m. on Nov. 9.