Our U15 and U19 boys DA will be participating in the playoffs in San Diego. 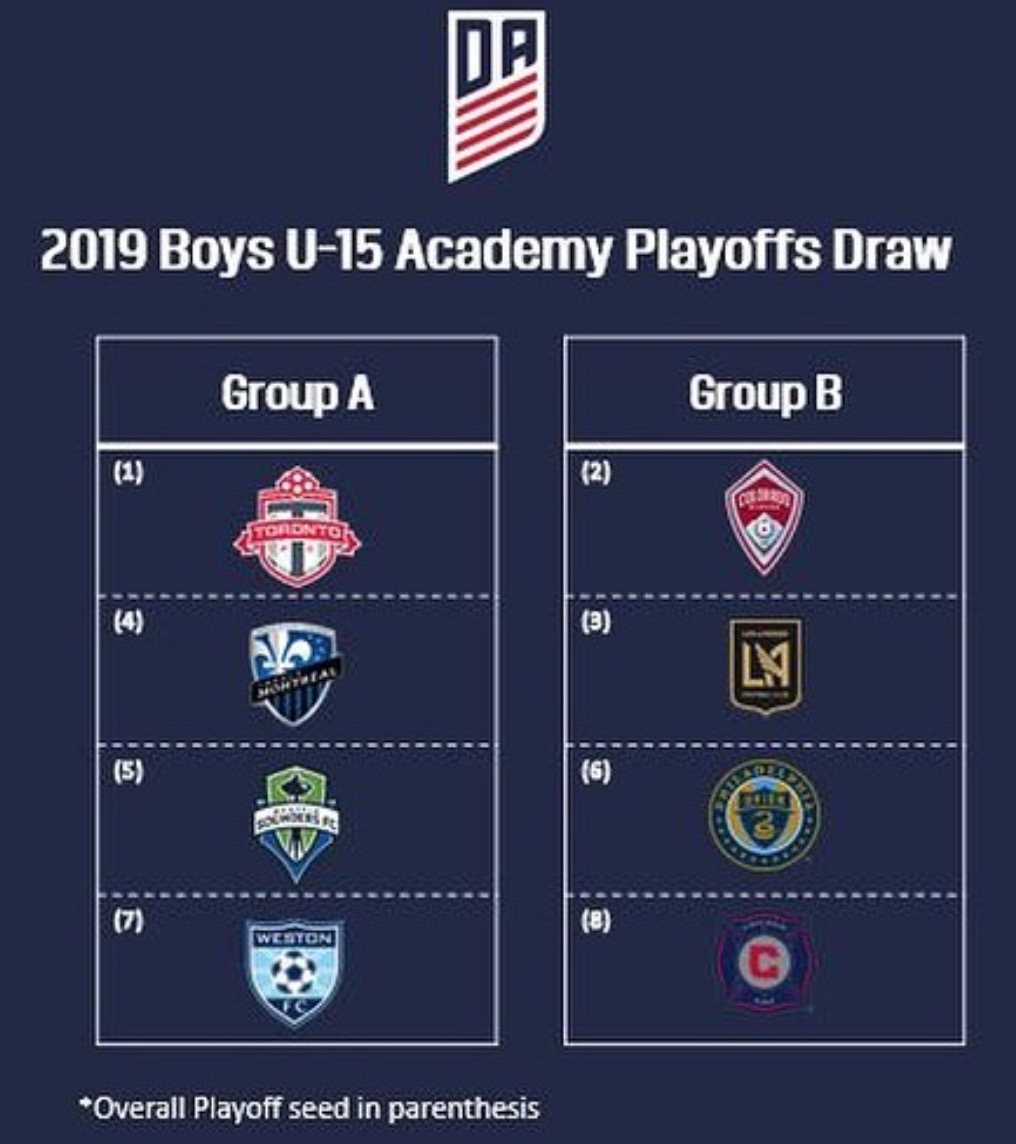 CHICAGO (June 7, 2019) – The U.S. Soccer Development Academy has conducted the Draw for the 2018-19 Academy Playoffs and Quarterfinal Knockout Round, which will take place from June 17-29 at the SoCal Sports Complex in Oceanside, Calif. Qualified U-16/17 and U-18/19 teams were drawn into eight groups of four teams each, and the draw breakdown was posted on the Development Academy Twitter (@ussoccer_da) and Instagram ( @ussoccer_da). Additionally, a U-15 boys’ playoff will be held with the qualified teams drawn into two groups of four.

For U-16/17 and U-18/19, at the start of the draw, the top eight seeds (Pot 1) from each age division were drawn into Groups A through H, similar to the FIFA World Cup. Seeds 9-16, 17-24 and 25-32 (Pots 2, 3, 4) were then drawn to fill out each group, one pot at a time. If drawn with a divisional opponent, teams were placed back into their respective pot (resulting in a new selection) to keep same-division opponents separate in order to generate the highest level and variety of competition.

At the U-15 age group, eight teams qualify for postseason (seven division winners plus one wild card based on highest PPG). Two groups of four teams were determined by overall seed and will compete in group play. The winner of each group will advance to the final.

The group stage of the 2019 Boys’ Academy Playoffs signifies the commencement of the Academy postseason, featuring the top 32 teams from the U-16/17 and U-18/19 divisions and top eight teams of the U-15 division based on the final standings of points-per-game average from regular season play. The Quarterfinals follow from June 24-25, when the eight group winners will stay in Oceanside and contend for one of four spots in the Academy Semifinals, set to kickoff at Orange County Great Park in Irvine, California on Monday, July 8 with the championship games to be played on July 10. The Academy national champions for the U-15 boys will be crowned at the Summer Showcase in Oceanside.

The 2019 Boys’ Development Academy Champions will add their name to the prestigious list of past academy champions . 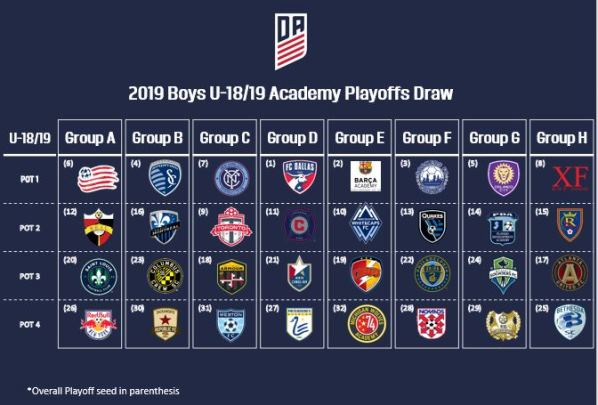 The 2019 Summer Showcase will run concurrent to the Playoff Group Stage. All U-15 Academy clubs and remaining U-16/17 teams that did not place in the top 32 playoff spots will play three Showcase games. The Summer Showcase allows teams to compete against a variety of different competition from across the country in meaningful games. The event strives to focus on overall development of the players, coaches and referees and also serves as a quality opportunity for talent identification.

The 2019 Development Academy Summer Showcase and Playoffs will also include competition formats from all four age groups of the Girls’ Academy, which is currently completing its regular season.

Between the Boys’ and Girls’, the Summer Showcase and Playoffs will feature 677 games at SoCal Sports Complex from June 17-29. The Development Academy will emphasize the quality of clubs and players with select Feature Games streamed live on ussoccerda.com, U.S. Soccer YouTube and U.S. Soccer Facebook. The feature matchups will be selected based on competitive games and clubs that exemplify the Academy philosophy. All Showcase games will be announced at a later date.