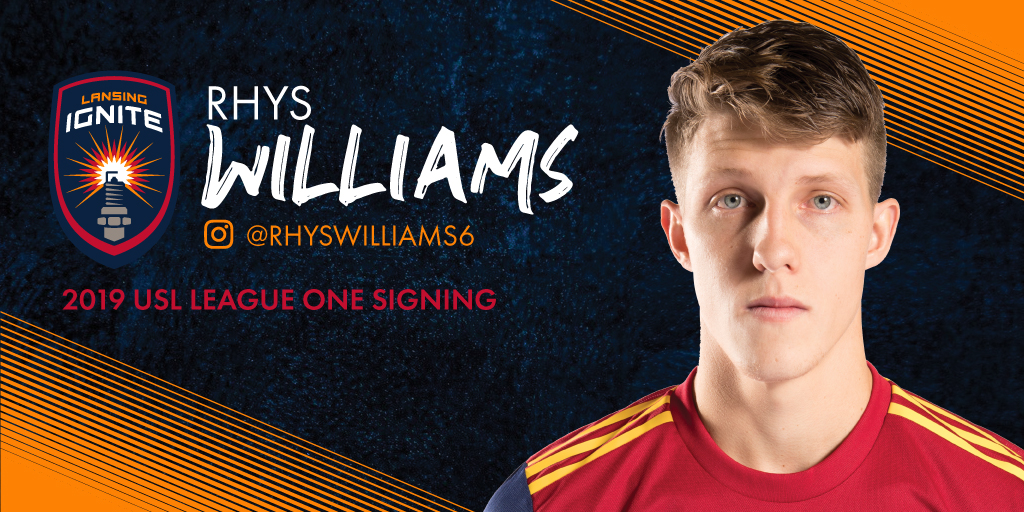 The 23-year-old was reliable in the back for the Monarchs during the 2018 campaign, making one block, eight clearances and 10 interceptions in six games. He also combined well with his teammates moving forward, completing 84 percent of his passes.

“Rhys is a very athletic and consistent defender who has all of the qualities I look for in a fullback,” LIFC Head Coach Nate Miller said. “He makes very good decisions in buildup play and has pace and defending ability that makes him a very important addition to our team. He has the drive and intensity in his game that makes him a reliable player, he has very high potential and I believe that will come to fruition here in Lansing.”

Prior to his professional career, Williams played 49 matches for Columbia University, scoring seven goals and recording five assists. He helped Columbia to the Ivy League Championship in 2016 and was a second team All-Ivy honoree during his sophomore campaign. Williams also competed for the New York Red Bulls U23 and later joined the New York Cosmos B, scoring three goals and adding four assists.

“This is a great opportunity to further my development as a player,” Williams said, “so I’m looking forward to working with Coach Miller and playing a part in making 2019 a season to remember for the Lansing community.”

Players will report to Lansing for training in February 2019. Lansing’s first match of the season is set to kick off on March 30 in Richmond, Virginia, while the team will host its home opener against the Kickers at 7 p.m. ET on April 13. For more information on Ignite FC, follow the team on Twitter, Facebook and Instagram.