Every time there is a tournament being played, you always want to see who will do well and get deep into the tournament. Well this one will be hosted by Danone which is the parent company to Dannon and will be played for those in the 10-12 age range for the right to lift the Danone Nations Cup. 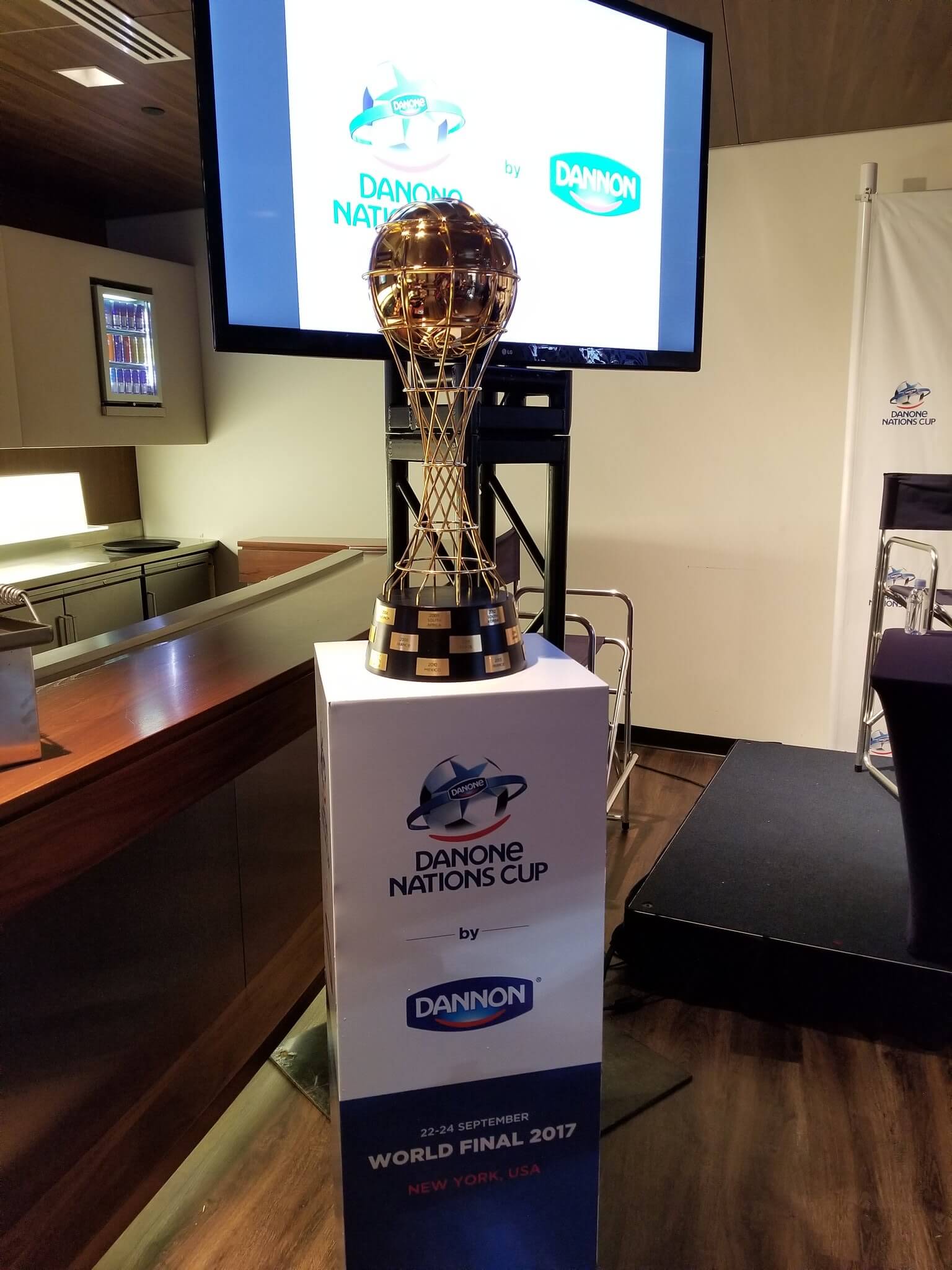 Four pots for the boys to be placed in eight groups of four as the Seeded Teams in Pot 1 as Japan, Mexico, France, Brazil, Germany, Indonesia, Spain & Argentina would take the top spots in all eight groups.

After all pots were drawn and placed in their respective groups the USA has been drawn into Group E along with France, Russia & Morocco. It looks to be a tough group, but to be honest all the groups are tough and we will see who will play in the final on Septmber 24th that will be held at Red Bull Arena.

For the first time this season the Danone Cup will have a girls tournament as two groups of three will fight for their section of this tournament and the USA has been place in Group B with Spain & Brazil.

There has been famous players who have participated in this tournament like current LA Galaxy attacker Giovanni Dos Santos in 2001, Portugal’s anthony Lopes in 2002, French National Team player Alexandre Lacazette in 2003, Erik amela of Argentina & Alberto Moreno of Spain in 2004.

The rules are simple 20 minutes without halftime, excet for the final (there will be two 12 minute halves and a stop to change sides), the goal size is six meters wide by two meters high and the field size is 60-70 meters long by 45-55 meters wide.

Former US Women’s National Team striker, Olympic & World Cup Champion Abby Wambach has been named the National Ambassador for this tournament and it should be a fun event for everyone involved.

So get ready for this youth tournament and have some fun as we see the future of the game or at least those who want to participate for the fun of it in the 2017 edition of the Danone Cup that is sponsored by Dannon.

“Every year, the World Final brings together children from diverse backgrounds for a day of competition and friendship that will undoubtedly shape their lives for years to come. We’re thrilled that this year we’ll continue that tradition in the United States,” said Emmanuel Faber, CEO of Danone. “For the first time, the 2017 tournament will welcome both a boys and girls team from five countries and we’re expecting our most spirited competition yet – one that builds on the tournament values of fun, comradery, teamwork, tolerance and respect.”

Last year, Germany took home the World Final championship in a tough matchup against the team from Japan. They’ll be back again this year to defend their title against 31 other boys’ teams who will travel to the United States for their chance to be crowned 2017 World Final Champions.